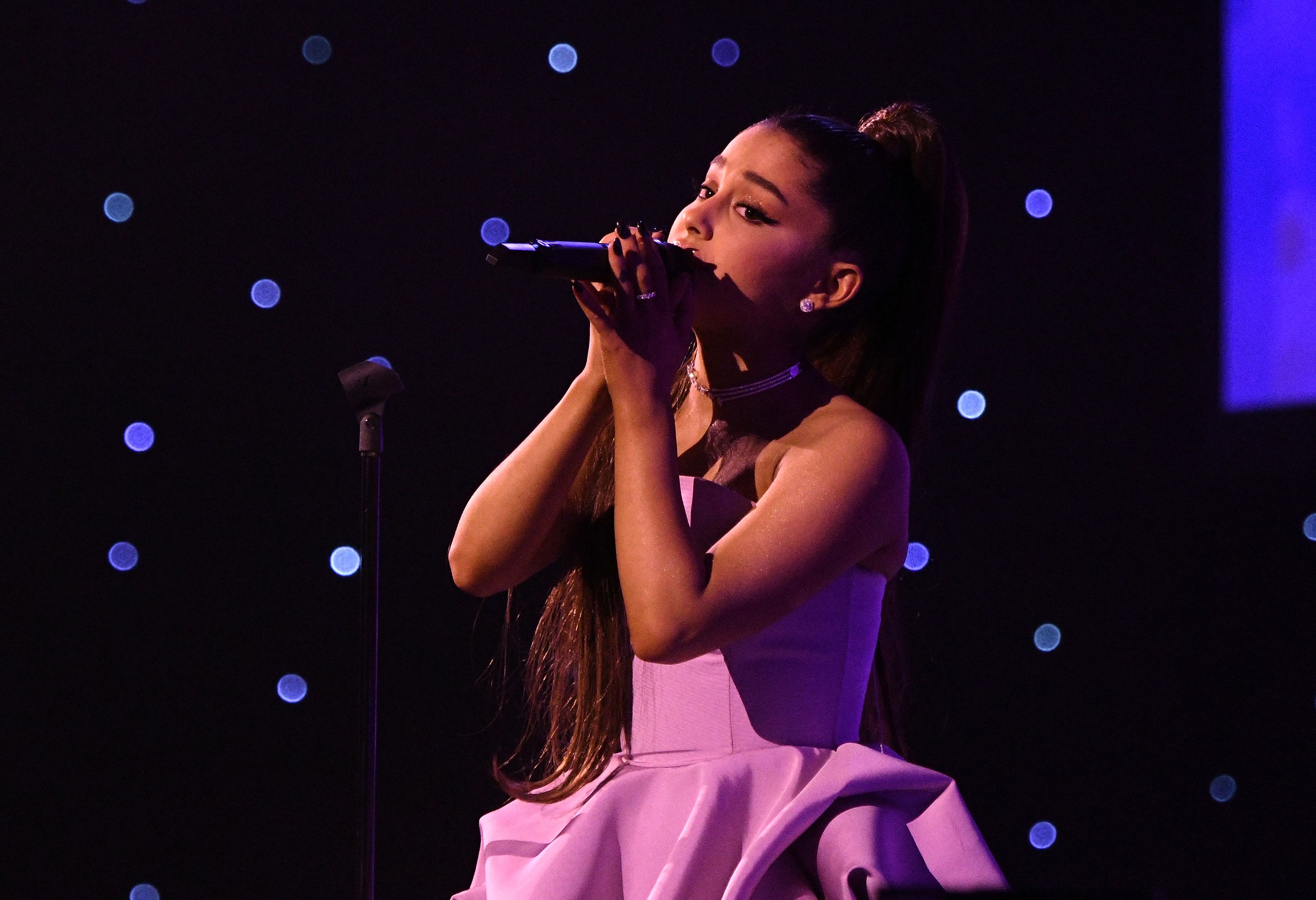 Update, 2/6: In a series of tweets, Ariana Grande hits back at the Grammys producer who is “lying about” her reason for no longer attending nor performing at the 2019 Grammy Awards.

“Mhmmm here it is ! “too late for her to pull something together……,” she Tweeted with a screenshot of an interview that one of the show’s producers, Ken Ehrlich, did with the Associated Press.

“As it turned out when we finally got the point where we thought maybe it would work, she felt it was too late for her to pull something together for sure,” Ehrlich told the publication. “And it’s too bad. She’s a great artist. And I’d love to get her in the show this year.”

Grande was clearly unamused and responded to his statements via Twitter: “I’ve kept my mouth shut but now you’re lying about me. i can pull together a performance over night and you know that, Ken. it was when my creativity & self expression was stifled by you, that i decided not to attend. i hope the show is exactly what you want it to be and more. 🖤”

Ariana claimed to have offered three songs she would perform for the Grammys team to choose from, however, she said there was a lack of “collaboration” and “support.” “It’s about collaboration. it’s about feeling supported,” she added. “it’s about art and honesty. not politics. not doing favors or playing games. it’s just a game y’all.. and i’m sorry but that’s not what music is to me.”

Despite her disagreement with the producers of the award ceremony, Ari is appreciative for the nods this year in the Best Pop Vocal Album for Sweetener and Best Pop Solo Performance categories.

“Hope that helps everyone understand my decision. i am still grateful for the acknowledgement this year. 🖤,” she shared. And now that she got the feelings off her chest, Ari is back on her idgaf attiude and ready to put this incident behind her, simply tweeting “anyf**kingway.”

See the rest of her Tweets below:

Original story, 2/6: Ariana Grande said “thank you, next” to the Record Academy after producers of the 2019 Grammy Awards “insulted” the “No Tears Left To Cry” singer, reports Variety.

According to the publication, Grande and producers of the award ceremony got into a spat over the songs she wanted to perform on Sunday night. Variety’s inside source explained that AG felt “insulted” when producers would not allow her to perform her current single and chart-topping song, “7 Rings.”

The two parties eventually reached a compromise—she would be allowed perform “7 Rings” in a medley, but the caveat is that she would have to play a second song of the Academy’s choosing. Ariana was not pleased with that compromise, as Variety’s source clarified that no other performer had to abide by those conditions.

Because of the tension, Ariana will not perform at nor attend the award ceremony, even though she has two nominations this year: best pop vocal album and best pop solo performance.

Interestingly enough, the pop star was plastered on billboards throughout LA where the show takes place, promoting her upcoming performance at the 61st Annual Grammy Awards show. 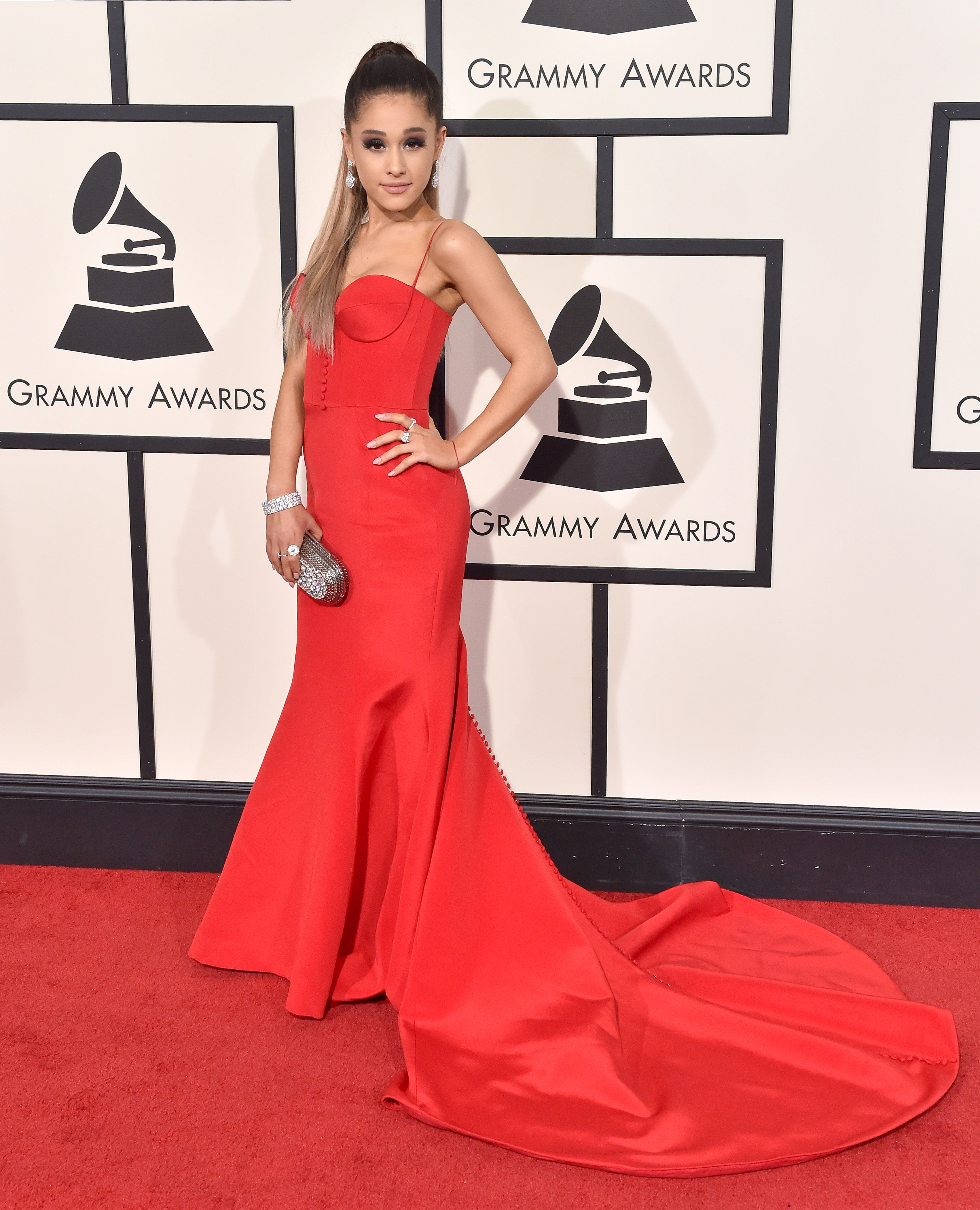 “7 Rings” is Ari’s third single off her forthcoming album thank u, next (available on February 8) and for the second week in a row, the song is sitting pretty at number one on the Billboard Hot 100 Chart.

When she dropped the Hannah Lux Davis-directed music video in January, fans were spoiled with a flashy visual that’s an ode to her best friends, retail therapy, and the color pink. In the video, Ari and the six members of her girl squad are having a rager, drinking champagne, and eating sweet pastries while clad in streetwear, fur, and of course dripping in diamonds while they twerk and Ari dances on a kitchen counter.

The song’s inspiration was equally as opulent as the video. Grande tweeted that when she went to Tiffany & Co. with her besties, she splurged and bought everyone matching rings.

“It was very insane and funny. & on the way back to the stu [studio] njomza was like ‘bitch, this gotta be a song lol’. so we wrote it that afternoon,” she shared on Twitter. The shopping spree resulted in catchy lyrics such as, “Bought matching diamonds for six of my bitches/I’d rather spoil all my friends with my riches.”

Grande’s now-cancelled performance would have been an excellent opportunity for her not only to showcase her vocal prowess, but also promote her upcoming tour, and potentially boost song sales as it did with 2018 performers Kesha, Luis Fonsi, and Logic.

Unfortunately, this isn’t the first time the Recording Academy had faced a dispute with a musician. Last year, Lorde was not allowed to perform a track off her Melodrama album at the 2018 Grammys, which was nominated for the most prestigious award of the night: Album of the Year. Instead, the New Zealand native was asked to sing during the Tom Petty tribute, explained Jem Aswad and Shirley Halperin of Variety.

Although we will have to wait until Sunday night to find out for certain if Ariana will not perform or even attend the award ceremony, the Recording Academy did announce more performers for the Grammys, including Lady Gaga, Dua Lipa, and Travis Scott, according to Entertainment Tonight.

Hulk aka Mark Ruffalo sends special thanks to fans for making Avengers: Endgame the number one opener of all-time | Bollywood Life

It’s taken 12 years, but we may finally have in Avengers the heroes we deserve

The 7 Ladies Bradley Cooper Has Dated (and, No, Lady Gaga Is Not 1 of Them)

J&K ‘was, is and shall forever’ remain its integral part: India tells Pakistan at UNHRC meeting

Sri Lanka vs West Indies 2nd ODI Live Cricket Streaming: When, where and how to watch SL vs WI?