Anubhav Sinha’s Mulk opened in theatres last Friday and has received a mixed response from the critics. The Taapsee Pannu and Rishi Kapoor-starrer is also doing decent business at the box office. But seems like there is a section of the audience that is not liking the movie at all. Close to 2600 people have given the film a one star rating on IMDb and many of them have also given it a bad review. The movie stands at a 3.5-star rating on the site.

The director, Anubhav, thinks that this might be an organised attack on his film. He tweeted, “The IMDB rating of #MULK is being attacked. You know what? I don’t give a Flying Fuck!!! MULK has received too much love to worry about that. There are more people who love the film. They will respond to you.” 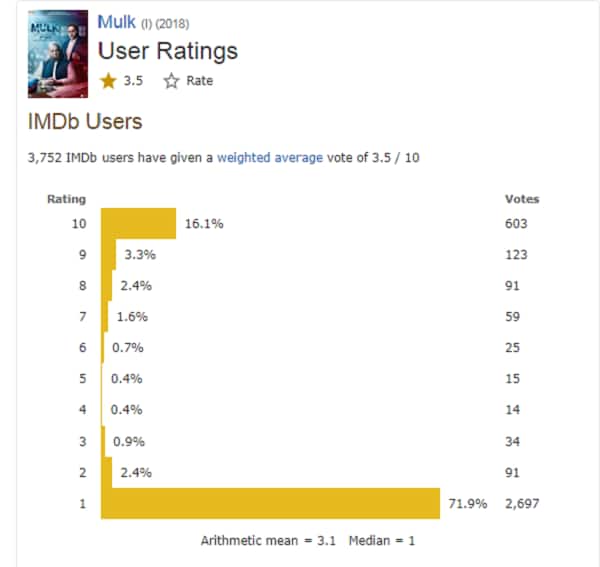 This won’t be the first time that Anubhav stirred up a storm on social media with Mulk. The Federal Censor Board of Pakistan has banned Rishi Kapoor and Taapsee Pannu’s upcoming court drama, Mulk in Pakistan. While Anubhav wrote, “We urge the Pakistani Censor Board to reconsider their decision,” he also added, that the citizen of Pakistan should watch Mulk illegally if they must.

Kate Beckinsale Was Mistaken for Kate Middleton and She Responded Perfectly