The woman accusing Antonio Brown of rape claims she took a polygraph test after the alleged incidents which proved she told the truth.

Britney Taylor claims she went to “one of the nation’s leading examiners, who previously led the FBI’s polygraph program” and was asked about TWO incidents of sexual assault allegedly carried out by Brown.

As we previously reported, Taylor claims AB “ejaculated on her without her consent” in June 2017 and then forcibly raped her in May 2018.

In her lawsuit, filed Tuesday in federal court in Florida, Taylor says the polygraph exam confirmed her “completely truthful account.”

Of course, the polygraph is FAR from a slam dunk for Taylor — there are plenty of issues with using lie detector tests in court.

First, they are not considered scientifically valid for evidentiary purposes and most courts will not admit them as evidence.

Second, Taylor’s test was administered by a hand-picked polygraph expert at the direction of her counsel … not exactly an impartial 3rd party.

In her suit, Taylor also claims she has a trail of evidence to back up her accusations … including an aggressive email Brown sent her in which he brags, “I jack my d*** on your back.” 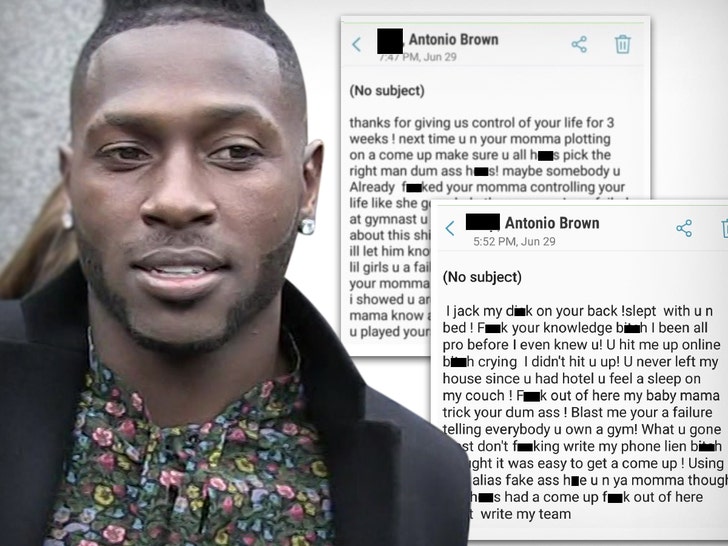 Taylor also says she left a paper trail after the alleged rape … purchasing an STD test and a pregnancy test at Walgreens just weeks later.

Plus, she claims in January 2019 she reached out to the #TimesUpNow organization and described the allegations in a message, without naming Brown.

What’s unclear at this point is if Taylor ever reached out to police or had a rape kit administered. There’s no mention of either in her lawsuit, something Brown’s legal team will surely point out.

For his part, AB has adamantly denied all of the allegations and has suggested he will countersue the accuser for defamation.