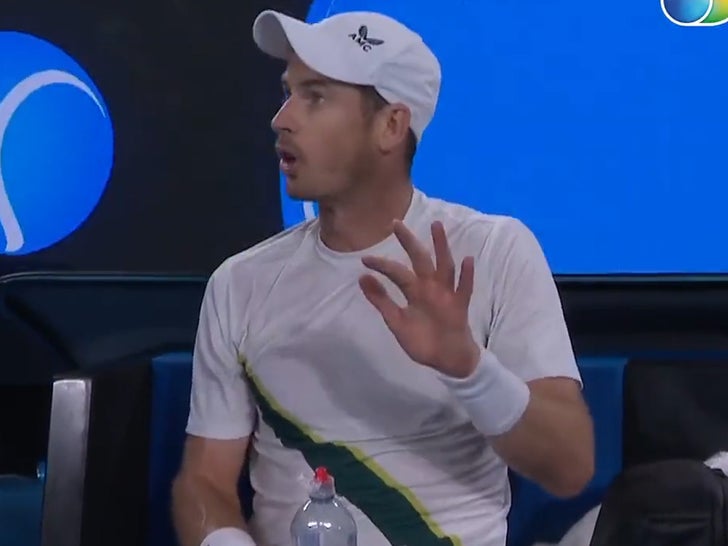 Andy Murray was so pissed that he couldn’t take a piss during a marathon match at the Australian Open on Thursday night … he unloaded on the chair ump, calling her refusal of a potty break a straight-up “joke.”

Murray and Thanasi Kokkinakis battled for over FIVE HOURS at the famed tennis tournament in Melbourne … and just the before the match went to its fifth set, Murray asked to hit the toilet.

The problem? He had already been once previously during the contest — so, the ump refused his request.

And, that’s when Murray snapped.

“Do you know something?” Murray said as it neared 4 AM in Australia. “I respect the rules. It’s so disrespectful that the tournament has us out here until three, f***ing four o’clock in the morning and we’re not allowed to go take a piss.”

Former No. 1-ranked tennis player Andy Roddick agreed with Murray … writing on Twitter during the match, “This is just so dumb.”

The 35-year-old will now face Roberto Bautista Agut in the tournament’s third round on Saturday. Here’s to hoping for no bladder issues then.

Who Plays Dan In ‘Sierra Burgess Is A Loser’? RJ Cyler Is Seriously A Star

Has RED Ever Been This SIZZLING?