On the sets of Jersey, Shahid Kapoor got injured when a ball unexpectedly hit his lower-lip, which led to the actor suffering from a severe lip injury. 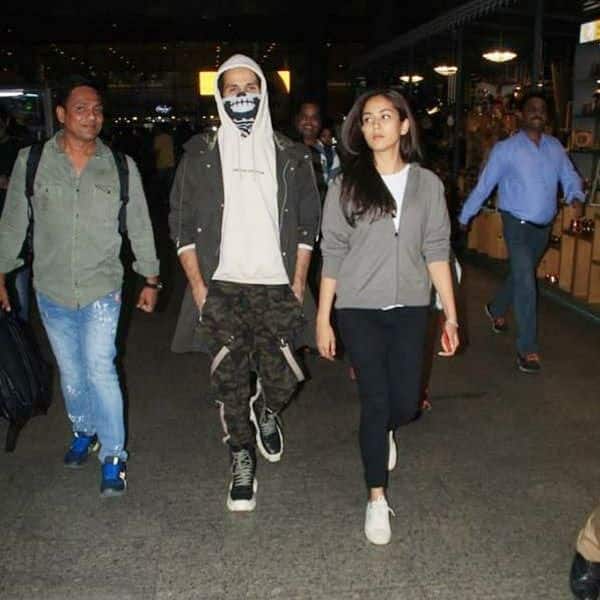 Shahid Kapoor recently injured himself on the sets of his upcoming film Jersey. It so happened that a ball unexpectedly hit Shahid’s lower-lip, which led to him suffering from a severe lip injury. His better-half, Mira Rajput Kapoor, rushed all the way to Chandigarh to make sure if he is fine. And it was only last night when Shahid returned to Mumbai with a mask on his face. He was accompanied by his wife at the airport. As soon as he reached Mumbai, Shahid thanked everyone for their concern and spoke about his injury on Twitter. “Thank you for all the concern. Yes, I have got a few stitches but am recovering fast. #jersey has taken a little bit of my blood but a script this good deserves that in the least. Have a good one you all. Keep it real. Make it count. Spread the love. Humanity above all,” he tweeted.

Inaaya looks like a doll in these pictures but it seems like she's missing mom Soha too!