Amanda Holden, 51, reunited with her younger sister Deborah, 50, after two years apart on Friday, sharing some family snaps to her Instagram.

The pair, who bear a striking resemblance to one another, seemed in high spirits for the reunion – as they posed for a selfie together.

Amanda posted the sunny snap to her story, as the blonde beauties flashed a smile while enjoying a glass of wine. 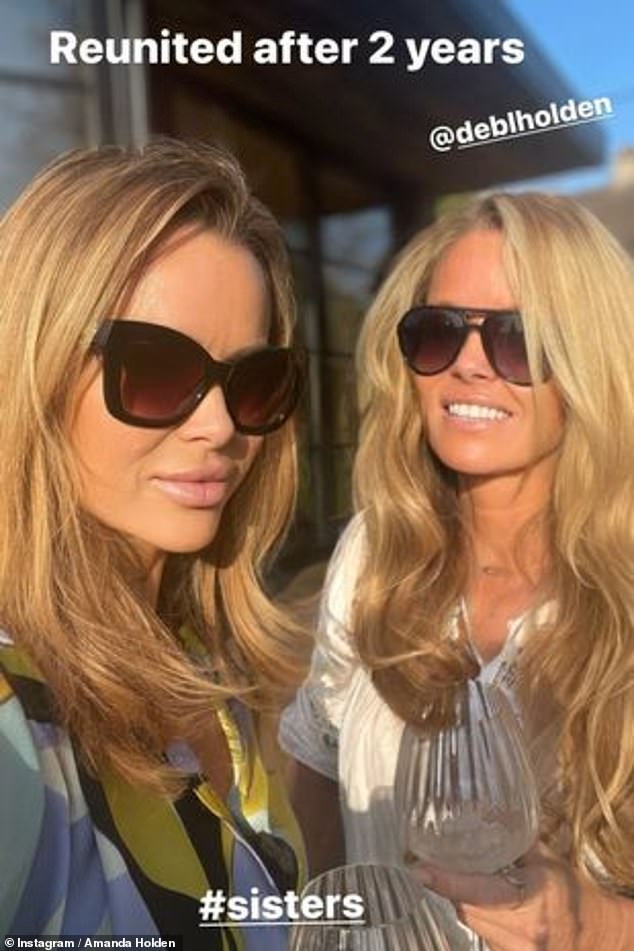 Siblings: Amanda Holden reunited with her lookalike sister Deborah on Friday in a sunny selfie after two years apart

The pair both donned black sunglasses for the shot, showcasing their glowing complexions underneath.

The presenter also jested that herself and her sibling were ‘Thelma and Louise’, as they posed in a vintage, mint green, Morris Minor 1000 car. 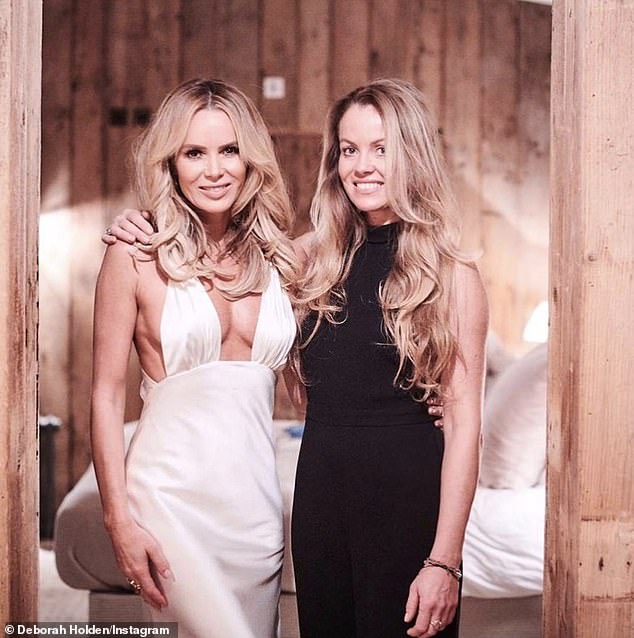 Reunited: The pair have been apart for two years, as Deborah lives across the world in Thailand 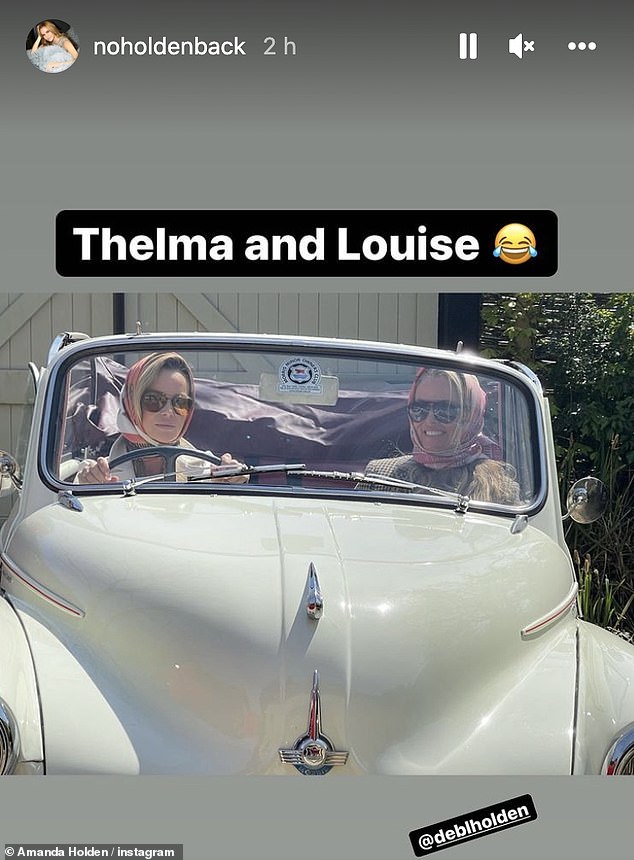 Movie stars: The presenter and her sibling posed in a vintage, mint green, Morris Minor 1000 car

In a tribute to the iconic 1990s film, they wrapped scarves around their heads, while Amanda took the driving seat.

Amanda’s sister lives in Thailand, meaning due to Covid-19 restrictions and busy schedules – the pair have not seen each other in two years.

Deborah, who refers to herself as an Adventurer Production, HR Manager, Underwater Photographer and Diving Instructor, made the 30 hour journey back to the UK last week. 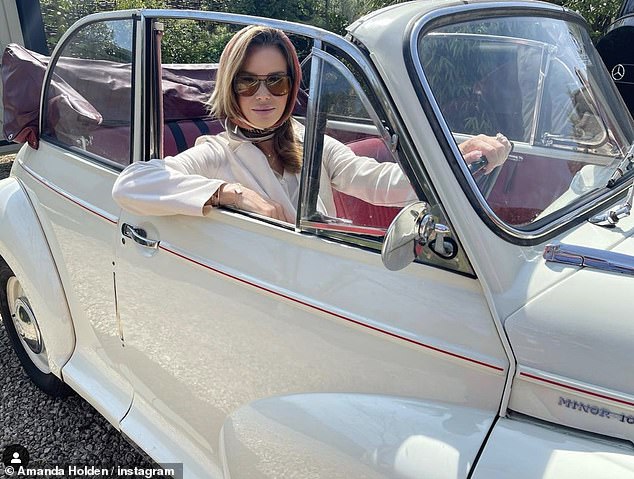 Retro: Amanda took a chance to have her own movie star moment in the retro car 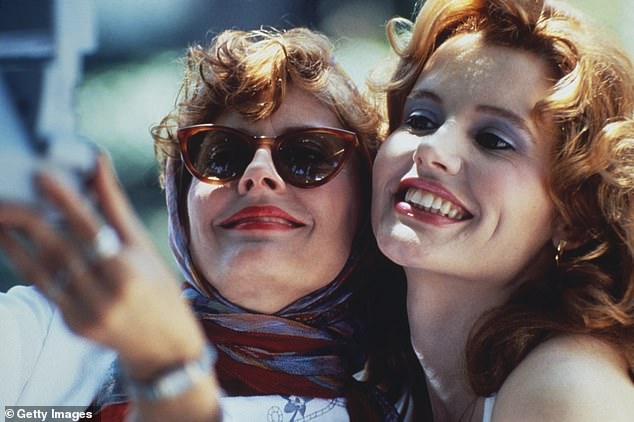 Taking to Instagram to document the journey, Deborah wrote: ‘And so it begins. A 30 hour journey until my final destination. Farewell Koh Lanta. See you in a few months.’

Despite the two-year absence, Amanda and Deborah have seemingly kept their close bond – with Deborah posting a sweet tribute to her sister back in 2021.

To celebrate International Sister’s Day, Deborah posted a throwback snap of the pair as she described how much she missed Amanda.

She wrote: ‘Missing my sister today, and most days….’ 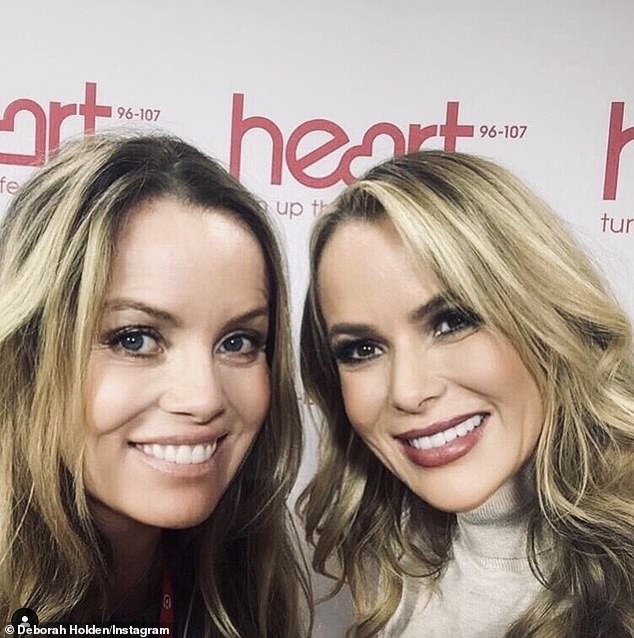 Tight-knit: Despite the two-year absence, Amanda and Deborah have seemingly kept their close bond

International Sister day: Deborah posted a sweet post in 2021 about how much she missed her sister

Diploma students of Annamalai University in a fix, qualifications not recognised