Oops! Adam Levine admitted he ‘f***ed up’ after accidentally forgetting the lyrics to one of Maroon 5’s biggest songs.

On Aug. 19, Adam Levine, 42, did something he’s “never” done in the last “20 years” — he forgot the lyrics to one of Maroon 5‘s biggest songs, “She Will Be Loved”. But it wasn’t really an issue because the audience at his Milwaukee concert “went on the journey” with him and they all laughed about it afterwards.

As you can see in the video obtained by TMZ — WATCH IT HERE, Adam had a show at the American Family Insurance Amphitheater, and when he got mid-way through the 2002 track off the band’s debut album Songs About Jane, the former Voice coach realized he mistakenly sang the second verse first. 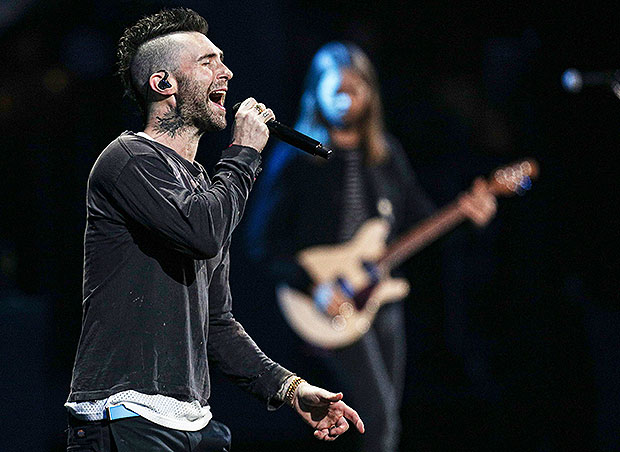 Initially, Adam tried ignoring the mistake, but then he messed up again. And even though the audience didn’t care, Adam stopped the song and confessed, “I f***ed up!!!”

“OMG. I sang the second [verse first],” Adam continued as he started chuckling to himself. “I love this so much. You guys, I have never done that before. In 20 f***ing years, I’ve been singing that song, and in 20 f***ing years — this next year will be the 20-year anniversary of our first album — and I have not one time f***ed that up. And it’s funny because I didn’t even need to admit it because you guys came with me on the journey.”

“I want you to know that was not planned — it was a complete mistake. I stand by my mistakes, ladies and gentlemen,” he concluded before continuing on with the song and proving how the “real one” goes.

And just in case you’re wondering, TMZ noted that “Adam’s show followed strict COVID-19 protocols as concertgoers had to either be fully vaccinated or show a negative COVID test” to attend.

Have you seen such a happy dog?

‘It’s the cleanest film I have ever made’