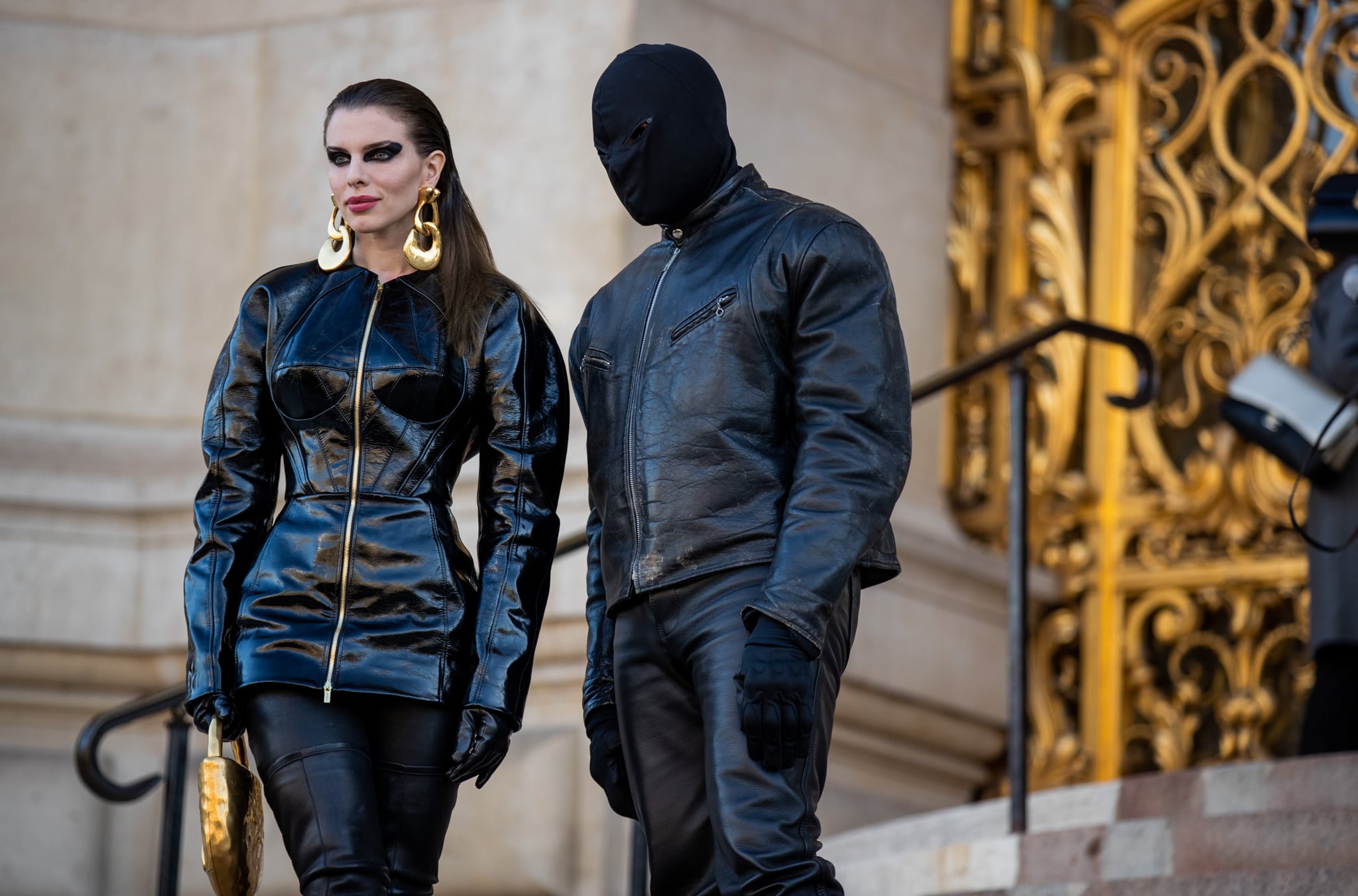 Julia Fox and Kanye West are moving so quickly, you might have forgotten they met on New Year’s Eve. The Uncut Gems star penned an essay about their second date, the pair has been seen sporting matching outfits during Paris Fashion Week, and West has even done Fox’s makeup. Now, they’re taking their relationship to a new level. On Monday, Fox shared a photo on her Instagram Story of herself and West posing together in all-black leather outfits for the Schiaparelli spring couture show and captioned it “Juliye,” along with a black heart emoji.

If the couple’s nickname sounds familiar, it’s because West and his estranged wife, Kim Kardashian, were dubbed Kimye for the bulk of their relationship. The 44-year-old rapper and the Keeping Up With the Kardashians star have been in the midst of divorce proceedings since January 2021. In addition to West’s reentry into dating, Kardashian is dating Pete Davidson. The beauty mogul reportedly reconnected with the comedian after she hosted Saturday Night Live in October.

Explained: What is PCOCA and why has Punjab gone cold on the new law?

SA vs ENG: Elgar shines but England on top in second test