And that’s one of the more common problems the late Dr Mahinder Watsa — arguably India’s most famous sexologist — addressed on a daily basis.

He refused to mince words while answering readers’ questions but even if his voice was blunt, it was laced with humanity and humour.

On December 28, 2020, the noted 96-year-old sexologist, author and columnist moved to bluer pastures. And Mumbai, and India, lost a unique icon who will be sorely missed.

We revisit his 2015 interview with Rediff.com‘s Abhishek Mande-Bhot, where he shed light on how young (and old) Indians behave between the sheets.

Towards the end of our interview, Dr Mahinder Watsa takes a telephone call.

He is trying to tell the man at the other end that he cannot tell him whether or not he should take Viagra because he isn’t familiar with the man’s medical history.

The insistent caller keeps pressing for an answer.

The then 91-year-old Watsa (this interview was conducted five years ago) is exasperated and keeps reminding him that the best person to answer his question is his own family doctor.

Finally, after much back-and-forth, he agrees to see the caller and asks him to make an appointment.

As he hangs up, he rolls his eyes and sighs.

This has become an everyday thing, especially since his fame has reached dizzying heights thanks to the Internet.

Dr Watsa, gynaecologist and popular sex columnist whose columns appear daily in the Mumbai Mirror (whose last daily edition was published on December 19, 2020) and its sister publications, has gained reputation for his cheeky and honest responses to reader queries on matters of sex.

While the column itself is just a little over 10 years old, Watsa has a long and illustrious career as a gynaecologist starting in 1950.

He was closely associated with the Family Planning Association of India, even serving as its president from 2004-06.

Besides establishing sex-counselling centres in almost every capital city in the country, Dr Watsa has conducted several workshops not just in India but also in Bangladesh, Sri Lanka, Egypt, Indonesia and Mexico.

The good doctor begins his day at about 6 am and is at his desk by 8 am, researching, consulting and taking questions via email and telephone.

His clients come from all walks of life and from across all age groups, but their concerns are unsurprisingly similar.

Then there are those, like our caller earlier, who are in their sixties but want to keep at it with the help of supplements.

Every once in a while, Dr Watsa rolls his eyes, takes a deep sigh but proceeds to address everyone’s concerns.

And on a cloudy monsoon evening, with the Arabian Sea stretching out before us, Dr Mahinder Watsa settles down to answer some of our questions too.

These last 10 years have seen a great amount of socio-economic change. How has that been reflected in our behaviour under the sheets?

When we speak about socio-economic change, we often disregard the fact that India has a large population of rural and semi-urban people.

And while there have been a great deal of changes over the last decade or two, the fact is that it has largely affected only a small minority of people living in urban areas.

So, while those being affected by that change may run into a few lakh, the fact remains that in the larger context the percentage is relatively small.

A lot of it is because young women are now more open about sex.

Boys start experimenting early on in life, but most girls 15-20 years ago were not keen on having intercourse until they were much older.

Their sexual activity would be restricted to kissing and hugging, etc. ‘Going all the way’ was not very common.

Since women are now more open about the idea of having intercourse, boys are only too happy to take advantage (smiles).

It will be interesting to understand how the behaviour of those in the age bracket of 50 and above changed in these last 10 years. Could you shed some light on that please?

Again, a lot of it depends on the kind of socio-cultural and economic backgrounds that they come from.

Broadly speaking, earlier a lot of people would believe that after 50 they wouldn’t be sexually active. Now, I get people who are in their seventies and eighties who want to know how long they can go on and if there is any scope for improvement.

While this is particularly true for people whose partners are still alive, even those who have lost their partners don’t mind looking out for newer partners either for just sex or simply to cohabit.

Are men more anxious about their performance now than before?

Men have always been anxious about their performance. That hasn’t changed.

But what has increased is that now there are all kinds of tensions that are adding to the stress levels.

People work longer hours; several of you spend as many as 15 hours away from home because you are travelling at least four hours to and from work every day. 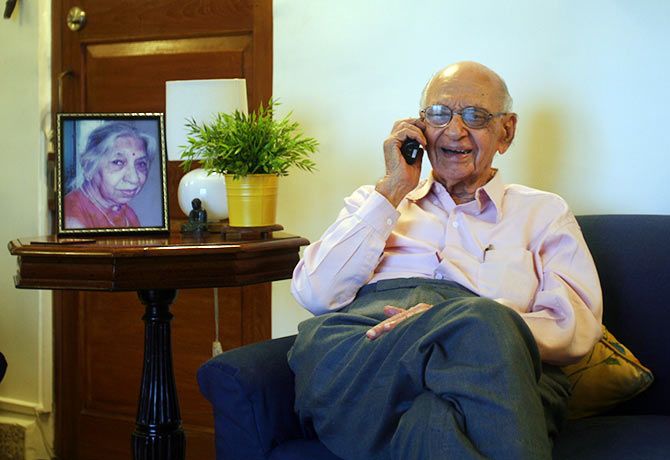 Have the concerns of the teenagers/20-somethings changed in these last two decades?

While this generation is seemingly more liberal and promiscuous, I don’t believe the concerns of the youth (with regards to sex) have changed very drastically.

By and large, we have opened up as a society; there are more opportunities to meet (potential sexual partners) and we are now actually talking about sex, which itself is a big change.

The queer community has become more vocal, which has added a new dimension to the conversation.

You receive a lot of queries but has there been one that has flummoxed you?

There was this married man who wanted to know what intercourse was.

He was very religious and he had no clue about sex.

The fact that he was so completely unaware about sex flummoxed me.

I feel it is ridiculous to ask such questions but I get them very often. All you can do is try not to be repetitive with one’s responses.

I read that every three out of 10 queries you receive come from women. What are their concerns?

One major concern is the sudden lack of interest by their husbands in them.

There have been several occasions when, after marriage, their husbands don’t seem to want to have sex with them. This becomes difficult for women to deal with, especially if they’ve been sexually active as a couple before the marriage.

The lack of interest in sex on part of their husbands after the birth of a child is another problem that women face and it is quite sad that it should happen this way; it tends to break marriages.

What are the top five most frequently asked questions?

We seem to be living in times of a highly sexualised media. Do you see that as being a troublesome trend or just a sign that we are becoming sexually liberated?

An argument that filmmakers often put forth is that they are only portraying what exists in the society around them. Sure, some of it may exist on the fringes of the community but the fact is that it exists.

And are you comfortable with that?

It is inevitable. Whether or not I am comfortable with it doesn’t matter.

What worries you most about Indians and their sexual behaviour?

Every day I get queries about unprotected sex and these questions come from people who are fairly educated and know that if they have unprotected sex, they can get pregnant or get a disease. But the questions keep coming.

Oh, that is a big problem and it is across ages.

It can be severe and is known to lead to a lot of break-ups.

Finally, what is the one most important thing you’ve always wanted the average young Indian to know about sex?

Sex is not just about sexual intercourse. Emotions play a very important role in it.

When you see a woman, you cannot just think of the intercourse or ask yourself how and when you can take her to bed. I don’t fancy that attitude. Sex is a lot more than just that.

Mike ‘The Situation’ Sorrentino to report to prison in 2019